Danica Patrick is a former IndyCar and current NASCAR racing star. She is the only female ever to win an Indycar race (2008 Japan), and recorded the highest finish ever for a female with 3rd place in the 2009 Indianapolis 500. In 2013 she became the first female driver to win a Sprint Cup pole. She's a six-time Most Popular Driver winner in IndyCar and also won the 2012 Nationwide Series Most Popular Driver award.

When Danica moved to NASCAR fulltime, UT launched v3 of her official website. The website includes sponsor-branded sections and integration; and social media integration that acts as news distribution channels.

Shortly after launch former CNBC Sports Business Reporter Darren Rovell tweeted this about the site: “In general, athletes Web sites are horrible. @DanicaPatrick‘s might be the best www.DanicaRacing.com. Nice job by @stillundisputed.”

UT is also responsible for strategy and management of Danica's social media platforms, helping her to the overall second biggest social media following in NASCAR. 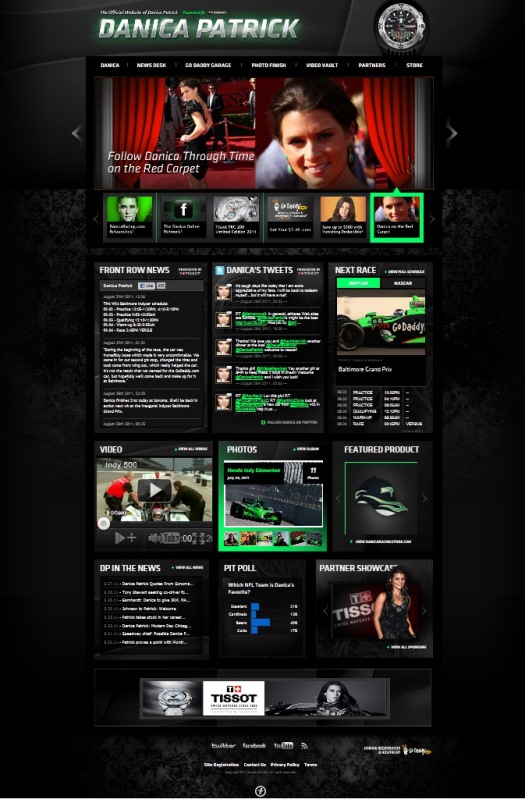